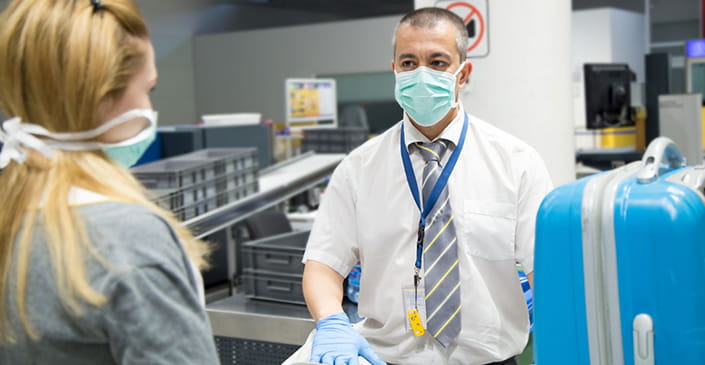 From now on, air passengers will scan their own boarding passes, separate their carry-on food items for screening and remove prohibited items from bags themselves.

Those are just some of the new screening protocols the TSA is rolling out to limit touchpoints and direct contact between agents and passengers in an effort to curb the spread of COVID-19.

“In the interest of frontline TSA workers and traveler health, TSA is committed to making prudent changes to our screening processes to limit physical contact and increase physical distance as much as possible,” said TSA administrator David Pekoske in a statement. “We continue to assess our security measures in order to make smart and timely decisions for the benefit of health and safety, as well as the experience of the traveler.”

The new procedures, which have already taken effect at some airport checkpoints, will be rolled out nationwide by mid-June. While most of these measures build on new protocols announced in recent months, they are new changes aimed at limiting passenger contact by agents and cross-contamination.

Separate food for X-ray screening. Any carry-on food items should now be packed into a clear plastic bag, which is then placed into a bin at the checkpoint. Food items often trigger an alarm during the screening process; separating the food from the carry-on bag lessens the likelihood that a TSA officer will need to open the carry-on bag and remove the food items for a closer inspection.

This requirement allows social distancing, reduces the TSA officer’s need to touch a person’s container of food and reduces potential for cross-contamination. TSA PreCheck members do not need to remove items from their bags.

Pack smarter. The old rules apply regarding prohibited items, including liquids, gels or aerosols in quantities greater than 3.4 ounces. Passengers should remove such items from their carry-on bags (water bottles, shampoo) before getting to the security checkpoint.

The TSA now allows one liquid hand sanitizer container, up to 12 ounces per passenger, in carry-on bags. Remove the hand sanitizer from the carry-on bag before being submitted for X-ray screening. The new protocols are aimed to reduce how frequently TSA officers need to touch the contents inside a carry-on bag, thus reducing the potential for cross-contamination. In the past, if your bag contained a prohibited item, the TSA agent would open the bag, call it to your attention and possibly remove the item. Now you might be directed to return to the divestiture table outside of security with your carry-on bags to remove and dispose of the item yourself.

You may also be directed back outside of security to remove items that should have been separated — like laptops, liquids, gels and large electronics — and resubmit properly for X-ray screening.

Practice social distancing. Expect longer lines as passengers stand further apart in queues. There will be increased distance between individuals as they enter the security checkpoint, with visual reminders on the floors and staggered lanes where feasible. No two airports are alike, so this could look a little different at each airport.

Wear face masks. TSA officers at checkpoints are now using facial coverings, and travelers are encouraged to wear them at the checkpoint as well. You may be asked to adjust it during the screening process.

Travelers are still encouraged to remove items such as belts, and items from their pockets, like wallets, keys and phones, and put them directly into their carry-on bags instead of into the bins to reduce touch points during the screening process.

To date, nearly 600 TSA employees have tested positive for COVID-19 and six have died, according to the TSA website.

The guidelines feature principles such as physical distancing, use of facemasks, and encouraging passengers to practice “scrupulous” hygiene. 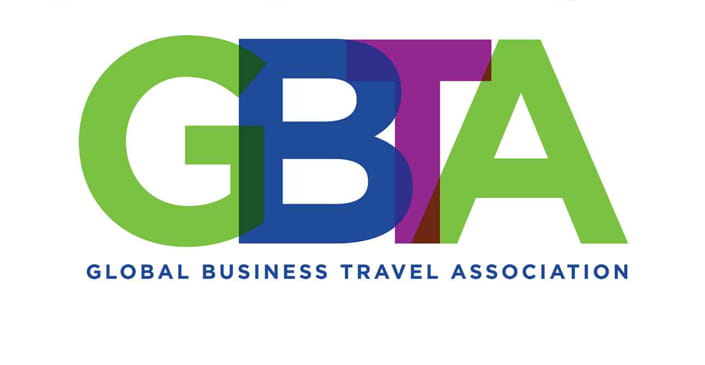 According to the latest survey by the GBTA, more than half (54%) of companies are considering resuming all business travel in the near future. 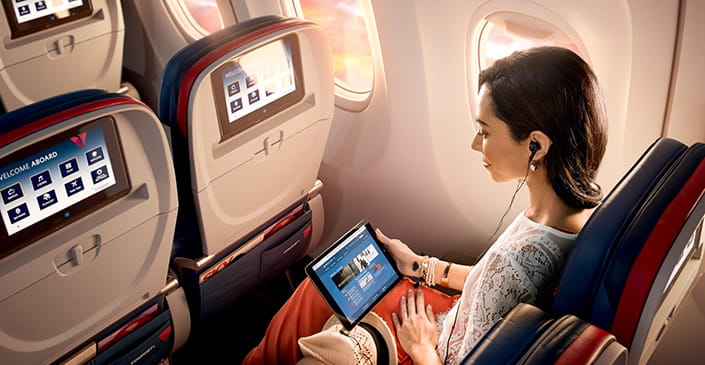 Delta’s plans to limit available seats in the main cabin at 60% and in business class at 50%, will continue until at least July.