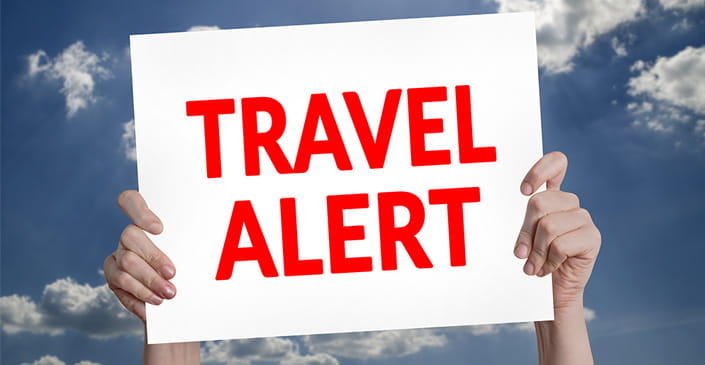 The ban affects 15-inch MacBook Pros whose batteries were recalled by Apple in June due to potential fire risk.

Your laptop might not be able to board your next flight, due to the Federal Aviation Administration's new MacBook Pro ban. The FAA has banned certain MacBook Pro laptops that were recalled by Apple earlier this summer due to safety concerns with the lithium batteries that include risk of fire.

In June, Apple recalled "a limited number of older generation 15-inch MacBook Pro units," that were sold primarily between September 2015 and February 2017, the company said in its recall notice to customers. Apple says the laptops have a battery that could "overheat and pose a fire safety risk." The FAA has now banned those laptops from U.S. flights, the safety regulator's standard practice for products with lithium batteries that have been recalled for safety reasons.

"The FAA is aware of the recalled batteries that are used in some Apple MacBook Pro laptops," the safety regulator told NPR in a statement in August. "In early July, we alerted airlines about the recall, and we informed the public." (Despite the announcement in July, the news of the ban only started to get widespread attention in August.)

The European Union Aviation Safety Agency also issued an alert about the recalled laptops, according to Bloomberg, warning E.U. airlines to follow similar regulations that require electronics with recalled lithium batteries to be turned off while in-flight.

Other international airlines have begun to take the bans a step further. Singapore Airlines and Thai Airways, for instance, have banned the recalled devices from both checked luggage and carry-on bags. "Customers are to refrain from bringing the affected models either as hand-carry or in checked baggage until the battery has been verified as safe or replaced by the manufacturer," Singapore said in a statement.

Qantas, on the other hand, says all 15-inch model MacBooks—not just the specifically recalled ones—must be carried in cabin and turned off during flights, the Australian airline told Bloomberg. Virgin Australia also posted a notice on its "Dangerous Goods" page that all MacBooks must be placed in "carry-on baggage only" due to "a worldwide recall by Apple of a number of Apple MacBook batteries." Apple has offered to replace the recalled batteries for free, which can be done by taking it to an Apple store or mailing it to the company's repair center. Customers can check if their laptop is among the recalled devices by checking the model and serial number on Apple's website.

According to the FAA's page on flying with hazardous goods, devices with recalled batteries can be carried on flights (not in checked bags) if "the recalled product/component has been replaced or repaired or otherwise made safe per manufacturer/vendor instructions." Passengers found to be carrying laptops with the recalled batteries (or other hazardous goods) "are subject to civil and criminal penalties as appropriate," the regulator's website says.

In general, the FAA advises that all devices with lithium batteries, which include smartphones, tablets, cameras, and laptops, be packed in carry-on bags. This is because the batteries "can catch fire if damaged or if battery terminals are short-circuited," the FAA says. Devices with lithium batteries are permitted in checked luggage only if passengers take additional precautions, like turning devices completely off, protecting them from accidental activation, and packing them so they are protected from damage, the safety regulator's guidelines state. Any spare lithium metal batteries and lithium ion batteries (i.e. not in a device), electronic cigarettes, and vaping devices are not allowed in checked baggage whatsoever, as these are more likely to catch fire, and cabin crew or passengers can react if the devices are in the cabin rather than the cargo hold. 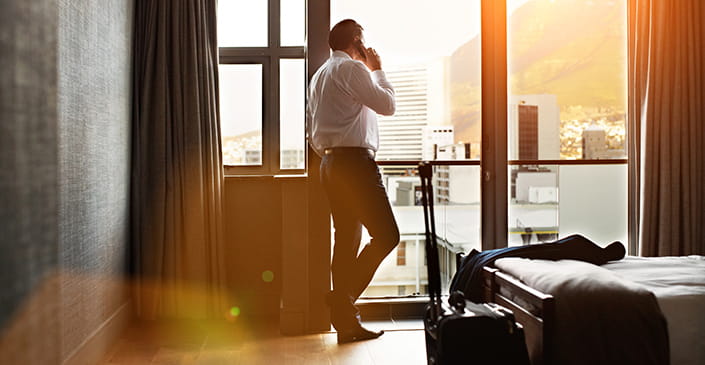 In 2020 airlines will face higher fuel and labor costs but reduced competition. At the same time, strong demand will continue, allowing airlines to increase average fares in most markets. Some passengers will see a rise in change fee while others will see the fee eliminated. The move is aimed at encouraging passengers to purchase Frontier’s ‘WORKS’ bundle when booking their tickets. At the Global Business Travel Association conference in August, WorldAware's Bruce McIndoe walked a group of attendees through the essential process areas that achieve a "mature" risk management program.