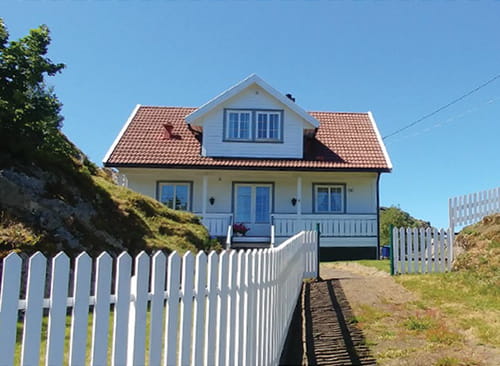 A trip to her ancestral homeland rewards our writer with newfound family and a stronger connection to her past.

The moment I first gazed upon the Sognefjord, the largest and deepest fjord in Norway, I felt my breath catch in my throat. Though I had seen photographs of the majestic mountains, shimmering waters and cascading waterfalls all my life, they were more beautiful in person than I could have imagined.

What made the moment especially moving was the notion that I was just the latest generation in a long familial line to witness and appreciate this very scene. My maternal grandmother, Joan, was Norwegian, and though she passed away decades ago, long before I was born, she was the one who brought my family here. Or her DNA did, at least.

Mapping the Family Tree
Growing up, the only Scandinavian culture present in my household was a simple dinner table prayer and a couple of Christmas cookie recipes. This wasn’t for lack of interest. My mother, Laurie, was always curious to know more about her heritage, but she had no one to ask. My grandmother was our last direct link to Norway, and she had chosen to raise her children as simply “American” before passing away tragically young. We didn’t even know the region of the country her parents’ families had come from.

That changed a few years ago when my mother decided to join Ancestry.com. The website quickly proved to be fascinating and addictive. As soon as my mother would add a name to our family tree, a whoosh of information about our ancestors and the lives they may have led would be sent to her inbox. She spent hours upon hours tracing our Norwegian ancestors back through the 17th century before ultimately taking Ancestry’s DNA test.

The results came back listing her as 47 percent Norwegian—no surprise—but specifically Western Norwegian, with a couple of counties in Norway cited, including one on the lower tip of the country called Vest-Agder. The test also matched her with dozens of third and fourth cousins, none of whom she was aware of, all on similar journeys to discover their heritage. We learned that our family hailed from a small island in Vest-Agder called Hidra and that many fellow descendants still lived there today.

As my mother corresponded with our newfound relatives, who lived throughout the U.S. and in Norway, one thing became abundantly clear: We needed to meet in person, in the motherland. All of us. 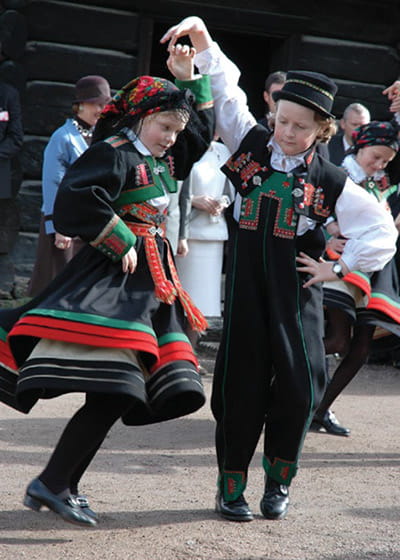 As we planned our trip, my mother and I realized we had very different priorities for how we wanted to experience Norway. I wanted to see as much of the country as I could and spend time soaking up the culture and natural beauty. She was unspeakably excited about visiting our Norwegian relatives, who had invited us to stay in their homes, in the same land where her grandparents had lived as children.

We decided to plan the trip in two parts; for one week, our nuclear family of four (including my father, mother, brother and me) would visit the cities and the fjords of Norway, and then we would go to Hidra, where we would spend a week with our extended family members. Along with the 4 of us, there would be 12 others coming from the U.S. and more than 40 from throughout Norway.

In June 2018, we flew into Oslo from New York’s John F. Kennedy International Airport, taking advantage of the reasonable fares on Norwegian Airlines. The airfare proved to be about the only thing reasonably priced. I’ve lived in very expensive New York City for 10 years, and the Norge cost of living makes me blush.

To keep our credit cards from completely melting, we tried our best to find the most cost-effective accommodations for four adults. This often meant sharing a room and, in nearly every case, sleeping in bunkbeds. It was not the most comfortable setup, but no matter—we were in Norway, the Land of the Midnight Sun!


In Oslo, we spent a day walking along the Akerselva River, which runs through the city center. Although very much a metropolis, Oslo is surrounded by nature. Locals fondly refer to it as “the blue, the green and the city in between” due to its proximity to the water and surrounding forest.

We grabbed a bite at local food market, Mathallen Oslo, and enjoyed many cold beverages on charming rooftop and patio bars. I found it incredibly amusing that the sole American draft available at most bars was Brooklyn Lager, the flagship beer from the craft brewery near my apartment back home. 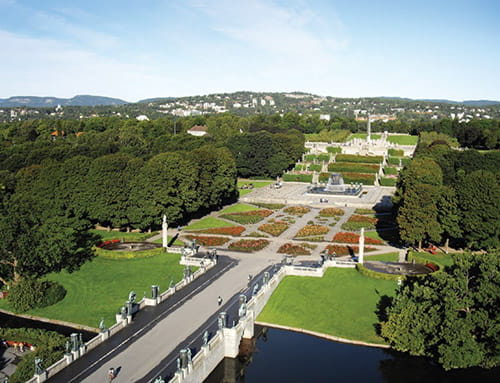 We also visited the famous Vigeland Sculpture Park and, to my mother’s delight, the Norwegian Museum of Cultural History. One of the world’s oldest and largest open-air museums, it depicts life in Norway from the year 1500 to the present, including an authentic stave church from the year 1200.

We took the train from Oslo to Voss, and then we took a bus to Gudvangen, a small village at the base of the Nærøyfjord, the “narrow fjord” that connects to the Sognefjord. The area was overrun by tour buses during the day, but it was peacefully silent at night. We stayed in the village’s sole accommodation, the Gudvangen Fjordtell, whose roofs were quaintly covered with moss.

Next door to the hotel was the Viking village Njardarheimr. My mother was tittering with delight at the prospect of meeting “real” Vikings, but I was skeptical. I imagined it would simply be Norway’s version of a Renaissance fair. I bite my tongue now because it was an incomparably cool and authentic experience. Craftsmen and makers live in the village full time, and they eat, sleep and work just as the Vikings did 1,000 years ago. I spent time chatting with a wood whittler about his craft, and I was quite smug to get a better ax-throwing score than my father and brother.

We then cruised through the fjords on the Vision of the Fjords ferry to Flåm. While the village itself is the definition of a tourist trap, the journey there was beyond breathtaking. We spent a day amid the fjords before boarding the train to Bergen.

Quite the city person, I was lukewarm on Oslo, but I loved Bergen. The best food we had was in Bergen, including at the restaurant Bryggen Tracteursted, where I tried reindeer and ethically sourced whale.

Connecting With Our Family 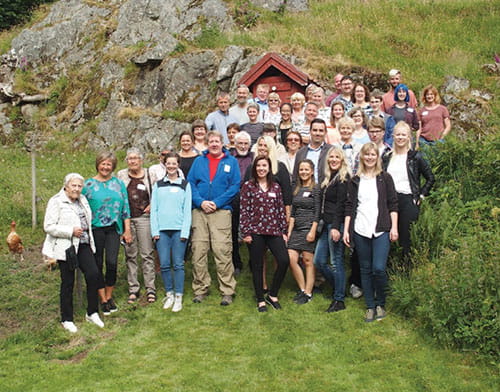 The time then came to head to Hidra. My family sailed south from Bergen to Stavanger on a coastal steamer, and then we rented a car to complete the rest of the journey. Along with our “new” cousins who had traveled from Wisconsin, Connecticut, Massachusetts and Utah, we were welcomed by our local family.

The greeting we received from these relatives we had never met—strangers, essentially—was warm and hospitable. They arranged a feast for us at a local restaurant, Kongshamn Bryggerestaurant, where we dined on traditional fish soup. Harald, a local cousin of my mother’s and a pivotal member of the Ancestry.com crew, read a speech aloud in self-taught English, expressing his gratitude to have connected finally with his American family.

As a group, we visited the gravesites of our shared ancestors and the church where they had all been baptized. We sailed on a boat built by our cousin and saw a statue that commemorates my great-great-grandmother’s brother, who became famous for being the first man to successfully row across the Atlantic Ocean in 1896. 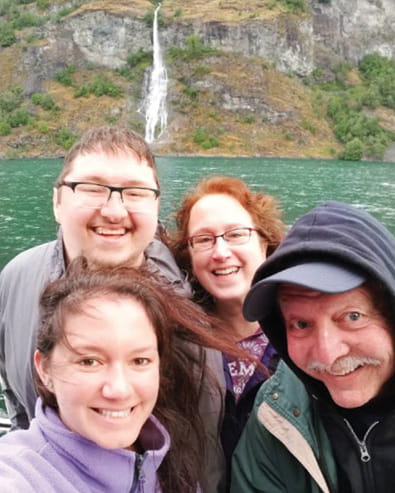 My mother went to the farm where her great-grandmother had lived. While there, she said that she felt a deep spiritual connection to all her ancestors, particularly to her mother. She now says that finally making it to Norway is one of the greatest accomplishments of her life.

My father, who is not Norwegian and had never previously left North America, was surprised by how much he had in common with the local Norwegians and, even with a language barrier, how much he enjoyed their company. My brother, who had never been particularly interested in traveling or in our family history, has since developed an unwavering pride in being Norwegian-American.

As for me, traveling to our shared homeland gave me an opportunity to connect with my grandmother, the woman for whom I was named but never had the chance to meet. I hope to have the opportunity to return with my own children, one day.

Thanks to our visit to Norway, our family tree has taken on new life. No longer is it just a list of birthdates and names, but of real people, some of whom we’ve now met but all of whom have tread the same ground. The beauty of Norway and the stories of its people runs through my veins.