Five centuries after the death of Leonardo da Vinci and the birth of Catherine de’ Medici, France commemorates the 500th anniversary of the French Renaissance. 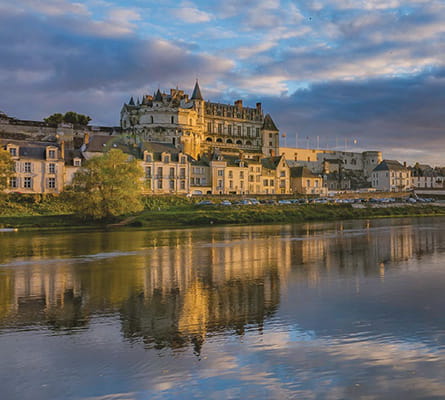 When I first visited France’s famed Loire Valley, I expected to see the magnificent châteaus that have made the region so popular with tourists. What I didn’t expect was to stumble upon the home of Italy’s Renaissance master Leonardo da Vinci. Nevertheless, there it was, a relatively modest abode in the shadow of the former royal castle in Amboise. How the great Italian polymath came to live out his final three years in France is part of a story that the country is eager to tell this year as it celebrates the 500th anniversary of the French Renaissance.

Yes, the French Renaissance. While many of us associate the Renaissance with Italy, it’s less widely known that, by the late 15th century, Renaissance thought and art had begun to make its way to France, thanks in large part to King Charles VIII’s invasion of the Italian peninsula—and his subsequent importation of Italian architects and artists. It continued under his successor, Francis I, who brought da Vinci to Amboise, and blossomed further under Catherine de’ Medici, wife of France’s King Henry II and mother to three kings of France. As a member of the famed Medici family, bankrollers of Italian Renaissance artists, it’s not surprising that Catherine had a great interest in the arts and ensured that they flourished in her new home.

When you’re in Italy, you go to Florence to immerse yourself in the achievements of the Renaissance. In France, you go to the Loire Valley. The area, after all, was home to French royalty for hundreds of years and is rich in history and culture. The entire region is listed as a UNESCO World Heritage site.

Just a short train ride or drive southwest from Paris, the 300-square-mile Loire Valley is a region of fertile farmlands, rolling green hills, abundant wineries, and lively cities that include Angers, Blois, Orleans and Tours. The region’s many attractions should put it high on any traveler’s wish list, but particularly so this year, as the Loire Valley marks the 500th anniversary of the French Renaissance with a host of special events, exhibits, banquets, balls and more.

You could visit the Loire Valley as a day trip on a bus tour from Paris, and if that’s the only way you can squeeze in an excursion, then do it. But it’s far better to allow at least several days to explore the towns and visit multiple châteaus. Many people situate themselves in one of the cities, such as the centrally located Tours, a college city of about 135,000 with a charming medieval center. I’ve done that, and it worked well, as my daughters and I were able to visit several towns accessible by train. For a wider-ranging experience, I’d recommend renting a car, as many of the châteaus, including some of the most famous, cannot be reached easily by public transportation. To complete your Loire Valley immersion, book accommodations at one of the more “modest” châteaus that now function as inns or as what we would call a bed-and-breakfast. I’ve done that, too, and it’s a memorable experience, particularly if your hosts enjoy sitting down and talking with their guests. 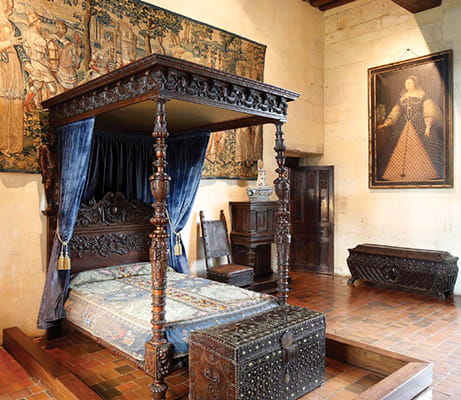 More than 300 châteaus—homes of royals as well as the nobility—are scattered throughout the Loire Valley. They date as far back as fortified castles of the 9th century and as recent as splendid residences built in the 17th and 18th centuries. Many remain private homes; others are inns, but dozens are open to the public.

In keeping with the Renaissance theme, visits to the châteaus of Catherine de’ Medici—Chenonceau and Chaumont—should be on your agenda. The current Domaine de Chaumont-sur-Loire on the banks of the Loire River was built in the 15th century and later embellished with Renaissance flourishes. Catherine de’ Medici acquired the château in 1550 after the death of the king. In a renowned bit of royal intrigue, Catherine forced her husband’s long-time paramour, Diane de Poitiers, to trade the magnificent Château de Chenonceau for the slightly less spectacular Chaumont.

Even if you’ve never been to France, you have undoubtedly seen a photograph of Château de Chenonceau, a spectacular medieval castle that spans the River Cher on vaulted foundations. Not only is the construction awe-inspiring, but also the décor in the château is among the best to be found, with room after room fully decorated with lavish furnishings and well-preserved tapestries.

Both Chaumont and Chenonceau have unveiled new attractions for the 500th anniversary of the Renaissance. Chaumont has refurbished a version of the queen’s former room (which can be seen through December 31). At Chenonceau, visitors can now see a restored version of the queen’s apothecary and stroll through her French garden, now completely redesigned in black and white to echo the colors of the château’s iconic river-spanning gallery.

Among the other châteaus in the Loire Valley, Villandry is celebrated for its garden. The six elaborate Renaissance-style gardens are set on successive terraces and include a variety of ornamental gardens, a water garden, a maze and a kitchen garden. Château de Chambord, the largest château in the Loire Valley, is known for its fantasy architecture, with four monumental towers, chimneys, terraces and a da Vinci-inspired double-spiral staircase.

Da Vinci and the Young King
A Renaissance-themed visit to the Loire Valley must also take in Château d’Amboise, a sprawling limestone edifice that dominates the town from its perch above the Loire River. Home to French kings from the 15th to the 19th centuries, it was here that Francis I lived and here where he brought Leonardo da Vinci after naming the 63-year-old artist “Premier Painter and Engineer and Architect to the King.”

Da Vinci set off for France in 1516, crossing the Alps by mule with a small entourage of servants and assistants, several large trunks full of his notebooks, and three prized paintings: St. John the Baptist, The Virgin and Child with St. Anne and Mona Lisa. All three are now exhibited at the Louvre in Paris.

Da Vinci’s home, Château du Clos Lucé, stands directly across from the king’s château, surrounded by street-front homes and gated drives beyond which are some of the troglodyte, or cave, residences that are found throughout the Loire Valley.

The self-guided tour of Clos Lucé takes in da Vinci’s study, reception room, kitchen and bedroom as well as the newly restored da Vinci workshops that opened to the public just a few years ago. The workshops include a bottega, or craft workshop, where da Vinci acolytes would have toiled; da Vinci’s library, furnished with ancient texts and a cabinet filled with curiosities; and the master’s personal studio.

Outdoors in the Parc Leonardo da Vinci are models of da Vinci’s inventions in optics, civil and military engineering, sailing, aeronautics and more. And this fall, a new museum devoted to da Vinci as painter and architect will open at Clos Lucé.

Perhaps most intriguing about the da Vinci property, though, is the blocked-off entry to the secret underground passage that connects Clos Lucé with Château d’Amboise. Imagine the young king, still in his early 20s, making his way silently through the darkened tunnel to spend another night deep in conversation with da Vinci, whom he revered as teacher, adviser and perhaps father figure.

It is said that da Vinci died in the arms of the king, though that is likely a myth, as explored in the exhibition 1519, The Death of Leonardo da Vinci: The Construction of a Myth, on display at Château d’Amboise through September 2. Nevertheless, the king honored da Vinci with burial at the Château d’Amboise, a fitting resting place for this legendary Italian who helped to bring the Renaissance to France. 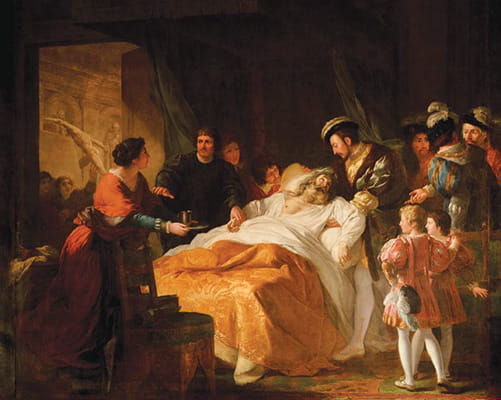 Azay and the New World. A new Renaissance-themed nighttime sound-and-light show takes place on the grounds of Chateau d’ Azay-le-Rideau through September 1.

Leonardo da Vinci. This exhibition is presented at the Louvre, Paris, which holds the largest collection in the world of da Vinci’s paintings as well as 22 drawings. The unprecedented retrospective of da Vinci’s painting career centers on five core works, including the three paintings that da Vinci brought with him to Amboise. The exhibition runs October 24 through February 24, 2020.